Chat with us, powered by LiveChat
The store will not work correctly in the case when cookies are disabled.

The Debona Crystal Plain White Wallpaper is specially designed to coordinate with other wallpaper designs in the Crystal Wallpaper Collection. This simple yet elegant wallpaper is lightly textured for a welcoming look and is sure to make a welcome addition to any home. The wallpaper comes in a soft, white colour scheme and is a great choice as an accent paper.

Use the Debona Crystal Plain White Wallpaper alone or teamed with coordinating designs for a great look.

Currently we only deliver to the UK. Please enter a valid UK postcode to estimate delivery for this product. If you have more than one item you can get a more accurate delivery price in the basket.

i One Roll covers sq metres before wastage of % is deducted

1Do you prefer to use Metres or Feet
2
3

4Would you like to subtract any areas for doors and windows

Have the same wallpaper silver in our back room, still looks like it was only put up yesterday, great product

I would have given this 5stars only the shimmer in it is quite slight. We put it between the picture rail and the ceiling so it could be the position is not catching the light.

Lovely paper. Value for money. Easy hanging. Will recommend to others.

Lovely wallpaper, easy to put up. 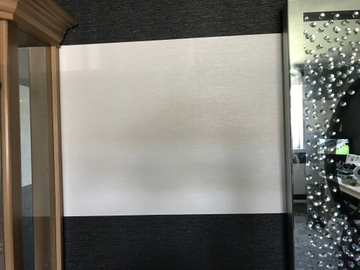 Nice crystal shimmer on the paper would recommend

The wall paper arrived and appeared ok , BUT when the paper came to be fitted 3 out of the 12 rolls had a 8cm wide fault running the entire right hand side of the 3 faulty rolls , the fault appeared as a 'MATT' finish instead of a shining finish . The paper fault became apparent when it was hung next to a roll that had No fault , this meant the paper had to taken off again , leaving raised joints . This in turn has left a less than satisfactory final finish.